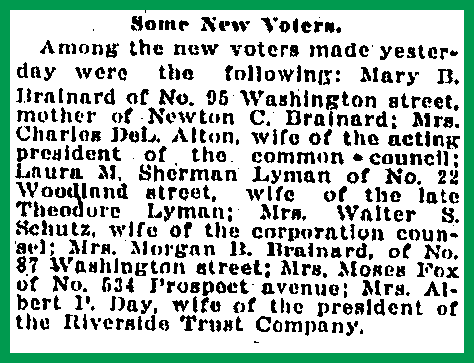 Earlier this year we put out a call for photos of women who registered in October 1920. We have only received a few, in large part because the pandemic interrupted our schedule. However, if your female relative (of whom you have a photo) may have registered, we are happy to search for her card, and if we find it, add the photo and card to this gallery. Please contact us for more details.

We are going to start with our neighbors on Main Street, the McCook Family. Lucy registered in October 1920 (we also have cards for some of the others). The Butler-McCook House and Garden is a museum operated by Connecticut Landmarks. The garden is accessible even when the house is closed. We recommend a visit! 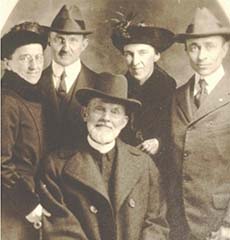 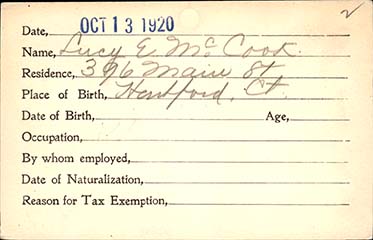 The Turley Family came to Hartford from Ireland, and remain nearby. Frances graduated from the St. Francis School of Nursing, and worked for a time in New York City before returning to her home. Her nephew, John Turley, tells us, "Voting and civic activism were, and are always, important in the family." 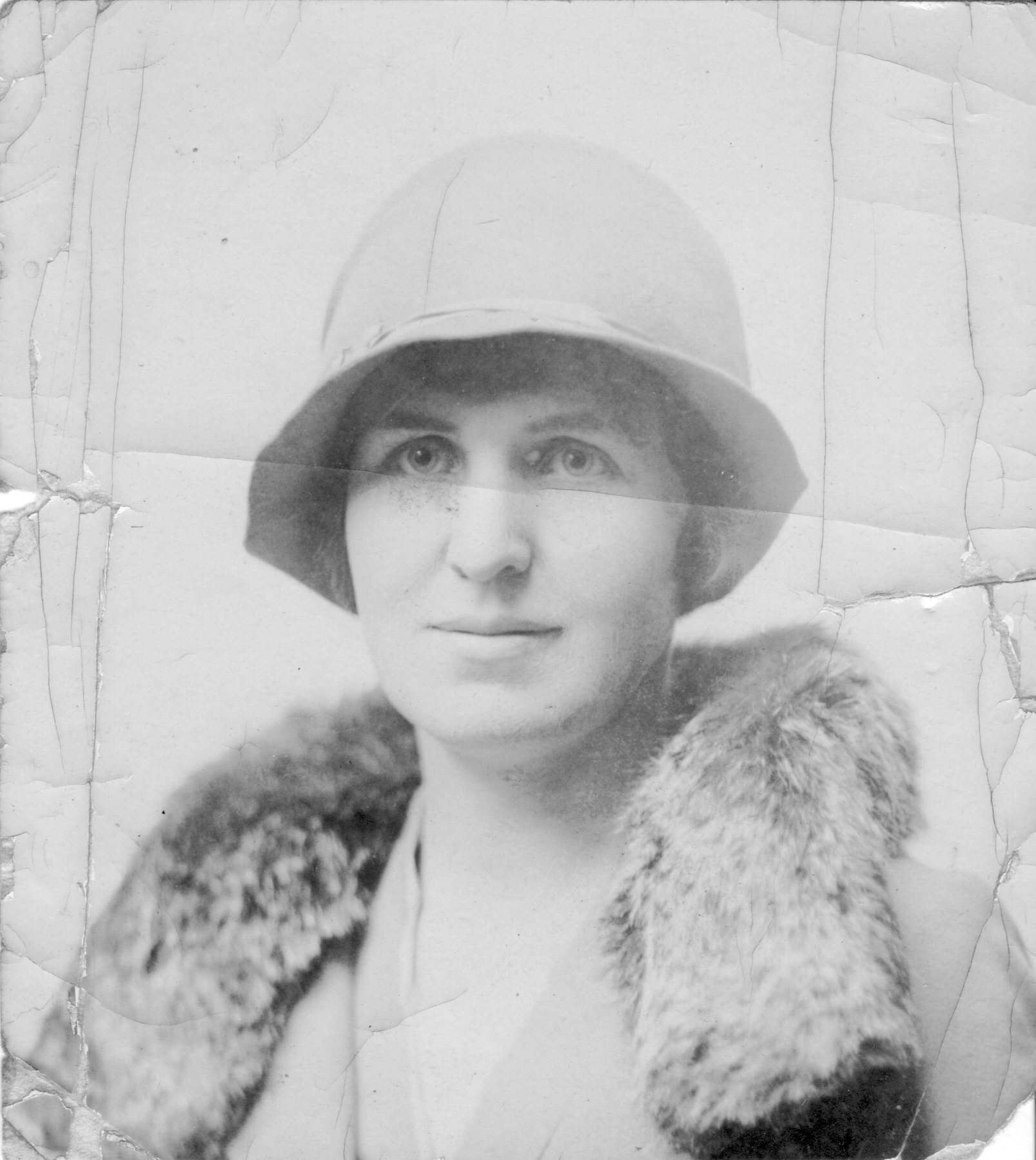 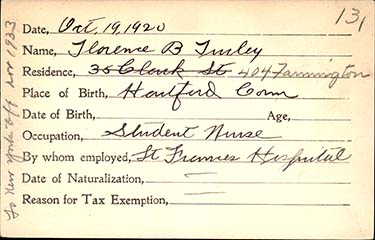 As we have noted elsewhere, we have found several sets of sisters who registered. The McCarthy sisters were one of the sets who each took the oath on a different day. This photo, taken circa 1922 at 145 Woodland Street, shows Josephine, Ann Louise, and Mary, along with their brother, Frank. Ann Louise and Mary both graduated from Hartford Public High School. 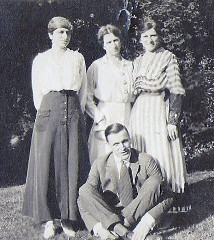 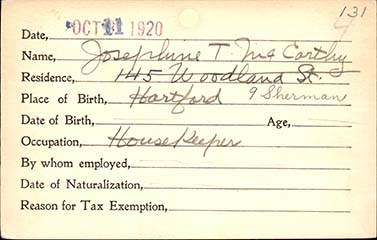 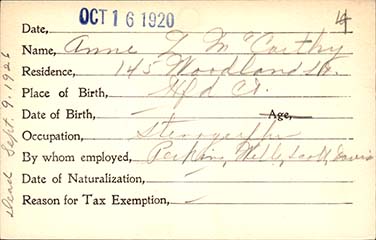 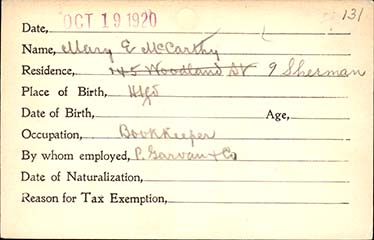 According to biographer Barbara Donohue, Ethel Donaghue was the first female graduate of Hartford Public High School to obtain a law degree. After HPHS, Ethel graduated from Vassar, and then law school at both the University of Pennsylvania and New York University. 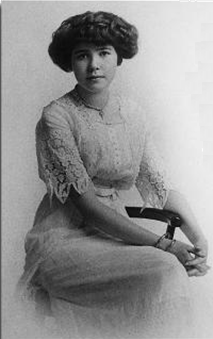 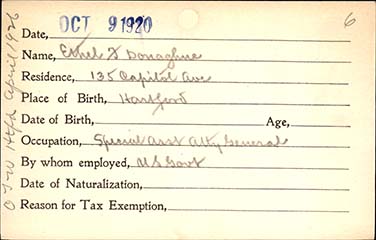 Josephine Blonda Mesmer Childs was a native of Zurich, Switzerland. Born around 1880, she came to the United States in 1891, originally settling in Chicago.  She became a naturalized citizen in 1897 upon her first marriage to native-born Francis Sickler.  After her divorce, Josephine and her young son made their way to Hartford, where she married Francis D. Childs.  When she registered to vote in October 1920, she was the mother of two more boys, ages 6 and 3. Her great-granddaughter provided the research for these pages. 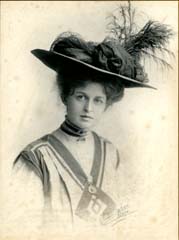 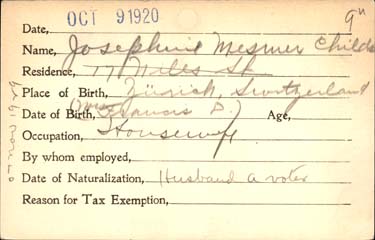