Puerto Rico and the 19th Amendment, from the National Park Service

Voting Rights for Native Americans, from the Library of Congress

Not All Women Gained the Vote in 1920, from The American Experience/PBS 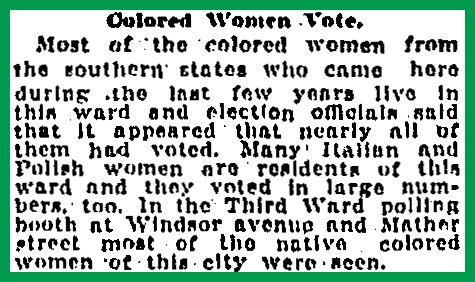 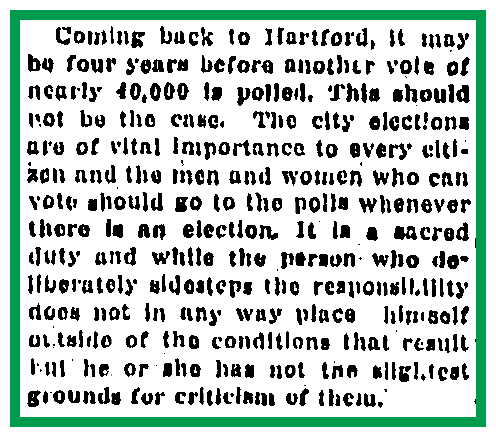 "Coming back to Hartford, it may be four years before another vote of nearly 40,000 is polled. This should not be the case. The city elections are of vital importance to every citizen and the men and women who can vote should go to the polls whenever there is an election. It is a sacred duty and while the person who deliberately sidesteps the responsibility does not in any way place himself outside the conditions that result but he or she has not the slightest grounds for criticism of them."

The fight for equal suffrage did not end in October 1920. Just as much work occurred before 1920, much continues today. A study of the entire collection of cards from 1920 will reveal there are no Asians represented, and no Native Americans. Puerto Ricans, who form a large percentage of Hartford's population today (and gained citizenship in 1917), had not yet begun to migrate in large numbers, and we have not found voter registration cards of island natives.

1924: Native Americans are granted citizenship through the Indian Citizenship Act.

1952: Those of Asian ancestry gain citizenship rights through the McCarran-Walter Act.

1961: Citizens living in Washington, DC became eligible to vote for President with the
passage of the 23rd Amendment. To this day they do not have voting
representation in Congress. 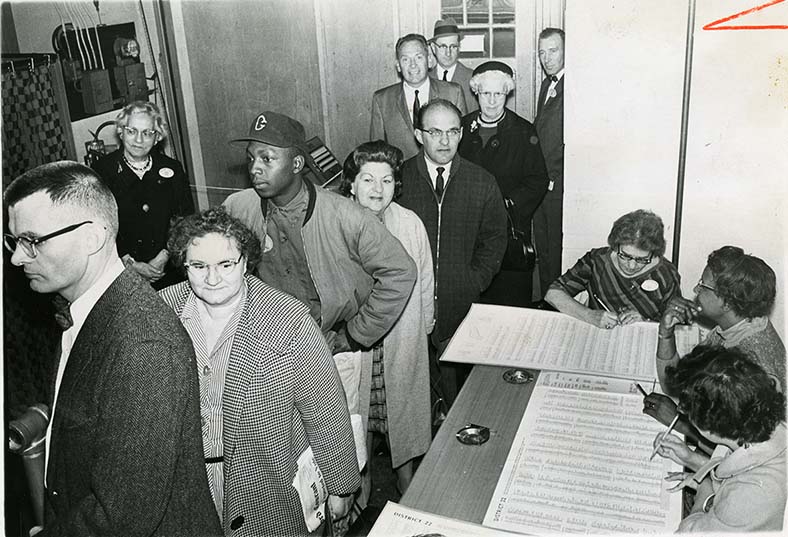 Several changes took place in the 1960s and 1970s, including the lowering of the voting age from 21 to 18. Many timelines are available, including this one from KQED. We encourage you to read about voting history in this country, before and after 1920. 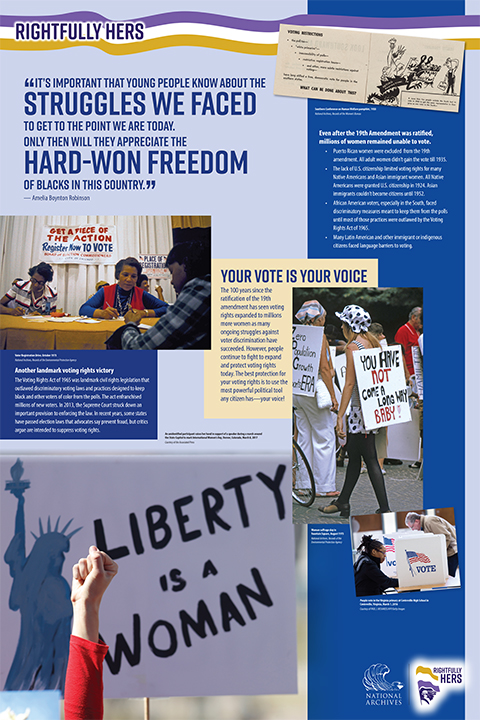